We, the Catholic Community of St. Theresa Church, rich in diversity and unified by our common faith are committed to proclaim the Gospel of Jesus Christ by being a safe, holy, hospitable place where all can worship and are welcome. Reaching out in service to family and community enables us to live the Gospel.  Nourished by Christ in the Eucharist we become Eucharist for one another.  St. Theresa, our patron saint, teaches us to live each day with confidence in God's love and we learn that what matters in life is "not great deeds, but great love".

"Miss no single opportunity of making some small sacrifice, here by a smiling look, there by a kindly word; always doing the small right and doing it all for love."

For 40 years Saint Theresa, the Little Flower of Jesus, was a summer mission for the people of Rye, Rye Beach, and nearby communities.  Prior to construction of the church, Mass was celebrated in the small hall above the Rye Beach Post Office.  For a three-year period, Masses were also held in the recreation hall of the Appledore Inn, owned by Mrs. Mathilde Kirkegaard, a non-Catholic who nonetheless brought flowers from her home in Massachusetts to adorn the temporary altar each Sunday.  While serving as a mission, the church offered Masses during the summer months with various priests from the Diocese of Manchester celebrating Mass.  In 1979, with the increase in permanent residents, the Diocese of Manchester decided to make St. Theresa a year-round parish.

Construction of the Church

Under the leadership of the Most Reverend Matthew F. Brady, DD, the Bishop of Manchester, the current site of St. Theresa was purchased by the Diocese in 1945 for the price of $3,000.  Commencing with the laying of the cornerstone by Bishop Brady and built of random granite blocks, construction was begun in June 1946 and completed in October 1947.  The architect was John P. Heffernan and the builder the Walsh Brothers, both from Boston.  The initial plans for the church contemplated building a small bell tower.  However, with the view that the church may someday be used year-round, it was decided to install a boiler and use the tower instead as a chimney.  The church was built under the direction of Monsignor Edward A. Clark, PA, VG, who together with Monsignor Thomas S. Hansberry, PA, VG, served as rectors for the summer mission until September 4, 1979, when Reverend John V. Moran arrived to serve as St. Theresa’s first pastor.

The stunning stained glass windows were created and produced by Charles J. Connick Associates of Boston and are the gift of the late Honorable Alvin T. and Mrs. Fuller, former Governor of Massachusetts.  In addition to the beautiful rose window over the altar, there are 11 side windows consisting of 40 panels devoted to the Life of Christ.  The first Mass took place on June 22, 1947 and the church was formally dedicated on July 13 that same year at a Mass celebrated by Bishop Brady.

Located across the street from St. Theresa at 815 Central Road is the rectory which was purchased from the Swan sisters, who wanted their home to go to the Church.  Since 1979, this private home has been used as the rectory for the pastor of the parish and by the many visiting priests who welcome the opportunity to spend some time on the seashore!

Father Moran arrived on Tuesday, September 4, 1979, and offered the first daily Mass the next day.  After serving as pastor for nearly 20 years, Father Moran retired in June 1999.  Upon his retirement, Reverend Maurice D. Lavigne assumed the helm as pastor of St. Theresa.  Prior to joining St. Theresa, Father Lavigne was assigned to Our Lady of Perpetual Help in Manchester, where he served as its pastor.  A native of Manchester, Father Lavigne attended Saint Francis Seminary in Loretto, PA, beginning his studies in 1962; he was ordained into the priesthood on May 18, 1968. In the spring of 2017 Father Moe was ordained Monsignor by Bishop Peter A. Libasci. September 23, 2017 Reverend Monsignor Lavigne, or "Father Moe" as he was know to his parishioners, was called to his eternal rest and to the glory of the Resurrection promised by the Lord.

In 2017 Rev. Gary J. Kosmowski became St. Theresa's full time Pastor. Father Gary is also the Pastor of Our Lady of Miraculous Medal Church in Hampton, NH and is a great addition to the faith community at St. Theresa.

Father Gary's energy and spirit is continuing the mission of our Patron, Saint Theresa de Lisieux, to do all things with great love. 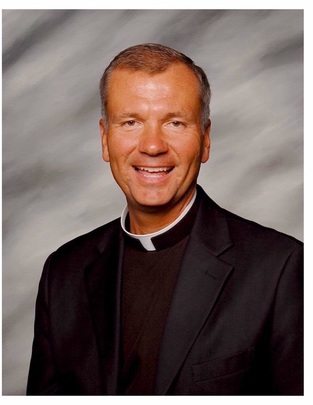 If you need to get in touch with Father Gary for any reason please feel free to call him or email him at the following. 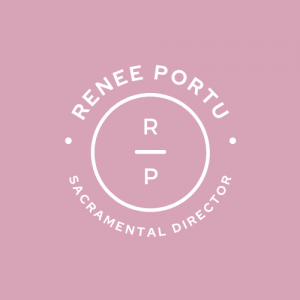